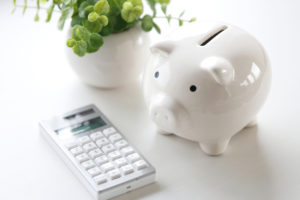 Divorce is always a challenging time for parents and children alike. There are so many factors to consider such as custody schedules, selling or keeping the family home, splitting assets, etc. As the divorcing parents negotiate the terms of the divorce, they hopefully have the best interest of the children involved. One of the most contentious areas in divorce is finances. Many of the financial matters do not pertain to the children, but there are several that are directly related and managing them well can lead to a more peaceful divorce and co-parenting situation for the children.

Extra-curricular activity expenses can be an even larger point of contention. A common arrangement we see is both parents split the extra-curricular activities 50/50. This can easily cause disagreements between the parents and stress for the children if the parents don’t agree on the activities or the expenses that go along with it. For example, let’s say John plays in a youth football league. The initial fee to participate is $200 and the parents agree to split it. Then John needs new cleats, a new mouthpiece and socks to match his uniform. Is this 50/50 because its related to the extracurricular activity or does it fall under child support? And what if one parent doesn’t feel like he should play because it is dangerous so refuses to pay his or her half? This is just a basic example of arguments that can occur over extra-curricular activities. Unfortunately, the children often become involved and are upset at one or both of the parents and may even decide not to play the sport at all because they feel guilty.

Another financial expense related to children that can cause damage to the co-parenting relationship for parents and heartache for a child is high dollar expenses. Attorneys now are more cognizant of including these expenses in the decree, but that hasn’t always been the case. For example, let’s say Amy gets divorced when her children are 4, 6 and 8. Cars and college aren’t really the focus for anyone at those ages. However, when the oldest is 15 and they start thinking about permits and drivers licenses and cars, how is that expense split if the decree doesn’t address it? In amicable situations, the parents agree to a fair division of the expense but often that is not the case. So, what happens when Amy can’t afford to pay for the car, insurance, gas etc. and the other parent refuses to help? Again, this is a source of stress for the child and can completely destroy the co-parenting relationship. College is another high dollar expense that is often not addressed and can cause major stress in families.

There are many ways to help parents and their children avoid these financial disagreements and keep a healthy co-parenting relationship which is best for the children’s well-being. First and foremost, clearly addressing these issues in the initial decree is very beneficial because everyone knows what to expect and there are less opportunities for disagreement. Also using a third party to keep track and exchange expenses and payments is very beneficial to both parents and the children they are supporting. Apps like Our Family Wizard and SupportApp are great ways to share expenses and payments without having to have constant communication with the other parent. If parents can avoid disagreements over financial matters for their children, it benefits everyone involved and is in the best interest of the children and their happiness.